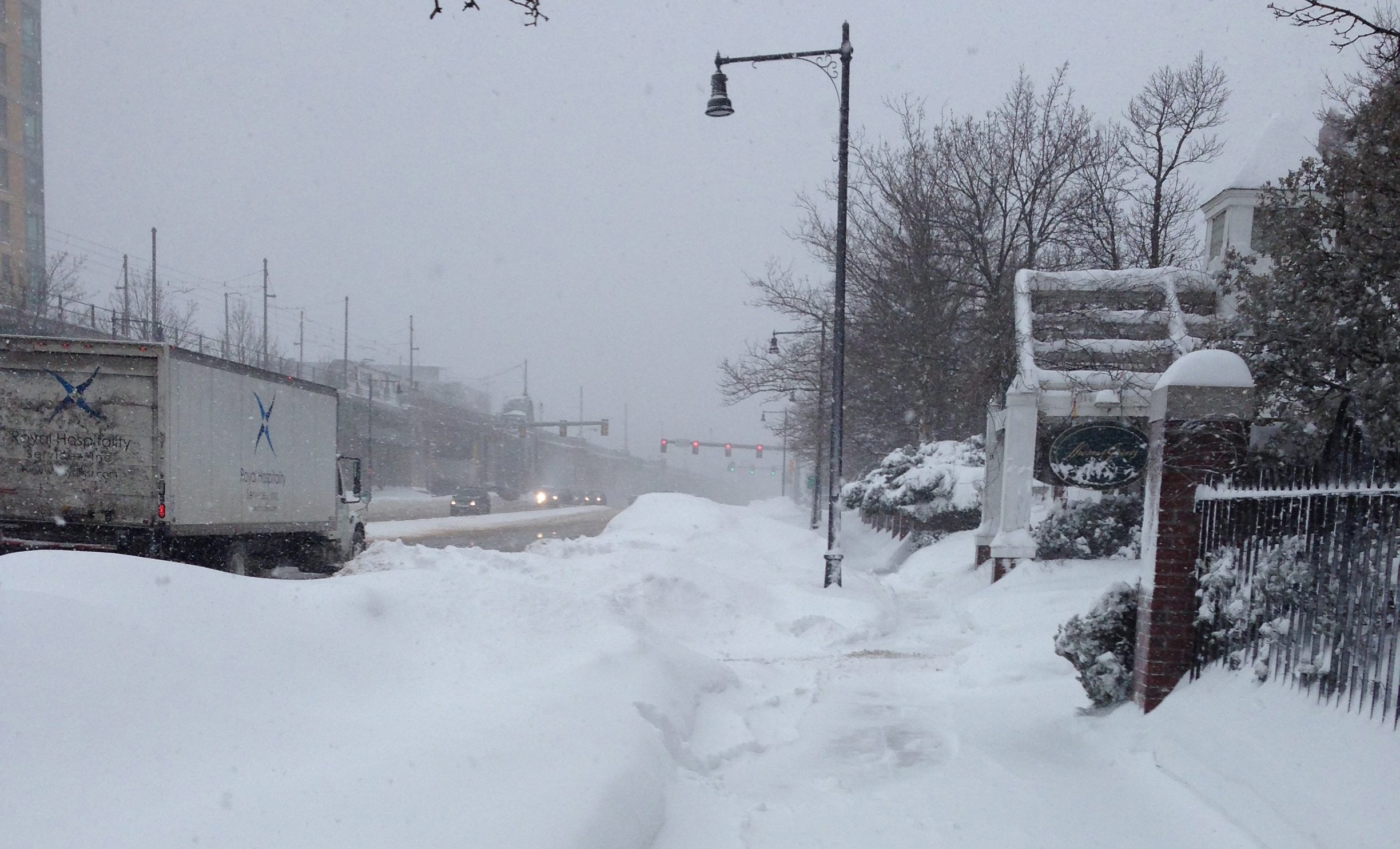 This has been a particularly harsh winter. What to do with all of the unwanted snow? A March 7, 2015 NESN.com post, written by Darren Hartwell, revealed the secret snow melting method used by Fenway Park groundskeeper David Mellor who is responsible for supplying a snow-free, grassy baseball field for the Red Sox season opener slated for April 13. At Fenway Park, this innovative, relatively low-tech method utilizes black sand spread over the top of the snow pack to increase the rate of snow-melt.

Arguably, black visqueen or black tarpaulin could be used to create the same effect, absorbing UV radiation and heat from the sun thereby raising the temperature and trapping in heat to melt the snow. The snow could melt even if the ambient temperature is somewhat below freezing.

If you’re thinking about melting snow at your own property, and we’re not advocating that you do so, there are a number of things that you should be aware of. For example, you need to be sure that there is ample drainage to properly collect and direct the runoff created, without causing other issues. Proper drainage would then need to be monitored and maintained on an ongoing basis.

Be aware that any water that drains away from the higher-temperature snow-melt area can accumulate elsewhere and then re-freeze. Therefore, it is imperative that water not be allowed to drain onto surfaces, or into areas, where it can re-freeze and pose a hazard. For example, if the water is allowed to drain into a street, roadway or walkway, it can re-freeze and become black ice, creating a very dangerous situation.

Snow-melt on roof tops, especially flat roofs, becomes particularly critical since the water created can accumulate under the snow-pack and re-freeze into a heavy layer of ice as temperatures drop if proper drainage is not established and maintained. Major issues with ice formation can be created. Ice dams can result creating water infiltration issues. And, ice formations can result that can fall from the roof.

Melting snow in and around lawns and garden areas can also have adverse effects on plants as the natural snow-melt process is altered. Be sure to do proper research and understand how existing plants can be impacted.

In any event, spring is almost here!!—GO RED SOX!!!