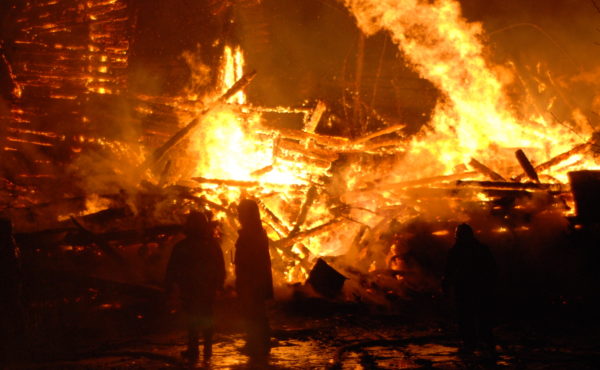 During 2017, and already in early 2018, the United States once again saw some massive, catastrophic under-construction, wood-framed apartment complex fires. Are these fires getting larger and more frequent? Must this trend continue?

According to the National Fire Protection Association (NFPA), in their report titled “NFPA’s Home Structure Fires Report” (Updated 11/17), in almost four decades, the number of overall annual apartment structure fires, has markedly decreased from approximately 143,500 fires in 1980 to 95,000 fires in 2016. Fire prevention knowledge, practices and equipment have definitely increased and improved greatly over the decades. However, wood-framed apartment buildings under construction remain particularly vulnerable to fires.

Here’s a look at some of the larger-scale, under-construction catastrophic apartment complex fires during 2017 and early 2018:

This list represents a number of fatalities and hundreds of millions of dollars in damages. Larger multifamily development footprints with additional allowable wood-framed stories (up to six) may be leading contributing factors to the size and scale of recent apartment complex fires.

Such fires can and do spread quickly, before permanent, code-required fire mitigating controls and fire safety systems are in place and functioning like fire-rated walls, draft stops, smoke detectors, alarm systems, and sprinkler systems. This is when wood-framed construction is at its most vulnerable. This is also the time when construction operations may include potentially dangerous operations that involve heat sources and open flames used in heater and torches, and when exposed wood and ignitable debris are plentiful.

NFPA 241 provides requirements for temporary storage, processes and hazards, fire protection, and safeguarding construction operations. Chapter 7 of NFPA titled “Fire Protection” addresses the development of a fire safety program including fire protection systems, communications, and even the organization and training of an onsite fire brigade.

Chapter 8 of NFPA 241 titled “Safeguarding Construction and Alteration Operations” provides specific standards for giving construction priority to the installation of fire walls, exit stairways, and fire doors. It also provides for a water supply, either temporary or permanent, as soon as combustible construction materials begin to accumulate, and for the installation and completion of underground water mains and hydrants before construction work commences.

Barring intentionally set fires (which require sophisticated security measures to be prevented), NFPA 241 can only be effective in preventing fires if it is thoughtfully and proactively implemented. Municipal construction inspections need to be comprehensive enough to proactively help prevent accidental fires and inspectors need to ensure that, at a minimum, NFPA 241 is being implemented as intended. In some instances, onsite fire fighting equipment was inaccessible to firefighters or was inoperable. In addition, onsite construction trainings and daily construction health and safety briefings need to focus more on fire safety and prevention, using practical and relevant information.

But does NFPA 241 go far enough given the increased size and architectural footprint of many new multifamily developments involving wood construction? An accidental fire, once started, can (and typically does) spread in a matter of minutes into a catastrophic blaze, capable of injuring or killing construction workers or firefighters, and causing major financial losses. Some such fires have even spread to neighboring homes and businesses.

With so many under-construction multifamily, wood-framed fires, it seems evident that more substantial and robust fire prevention, fire fighting, and onsite training measures need to be established. Also, it seems like there is a very big opportunity here for some much-needed construction innovation.

Today, we are experiencing a literal construction-practices renaissance with the introduction of so many brand new and innovative construction products, mechanisms, and techniques. We are seeing everything from robots that accurately and efficiently lay bricks, to machines that can speedily pulverize concrete and rock for site clearing, to sheetrock that inhibits mold growth, and yes, even flame-retardant intumescent fire-rated coatings. Sure, it inevitably boils down to cost versus benefit, but it’s not so hard to image coating lumber with flame-inhibiting paint prior to building with it (which we can do now, with the obvious added benefit of protecting the structure in the long term) or onsite fire-fighting robots standing guard (perhaps in the very near future–and don’t laugh, after all we have them for diffusing bombs and much more). But, whether it’s revisions to existing codes and fire-safety regulations, the advent of innovative construction practices, or a combination of both, much more consideration needs to be given to under-construction, wood-framed fire prevention going forward.